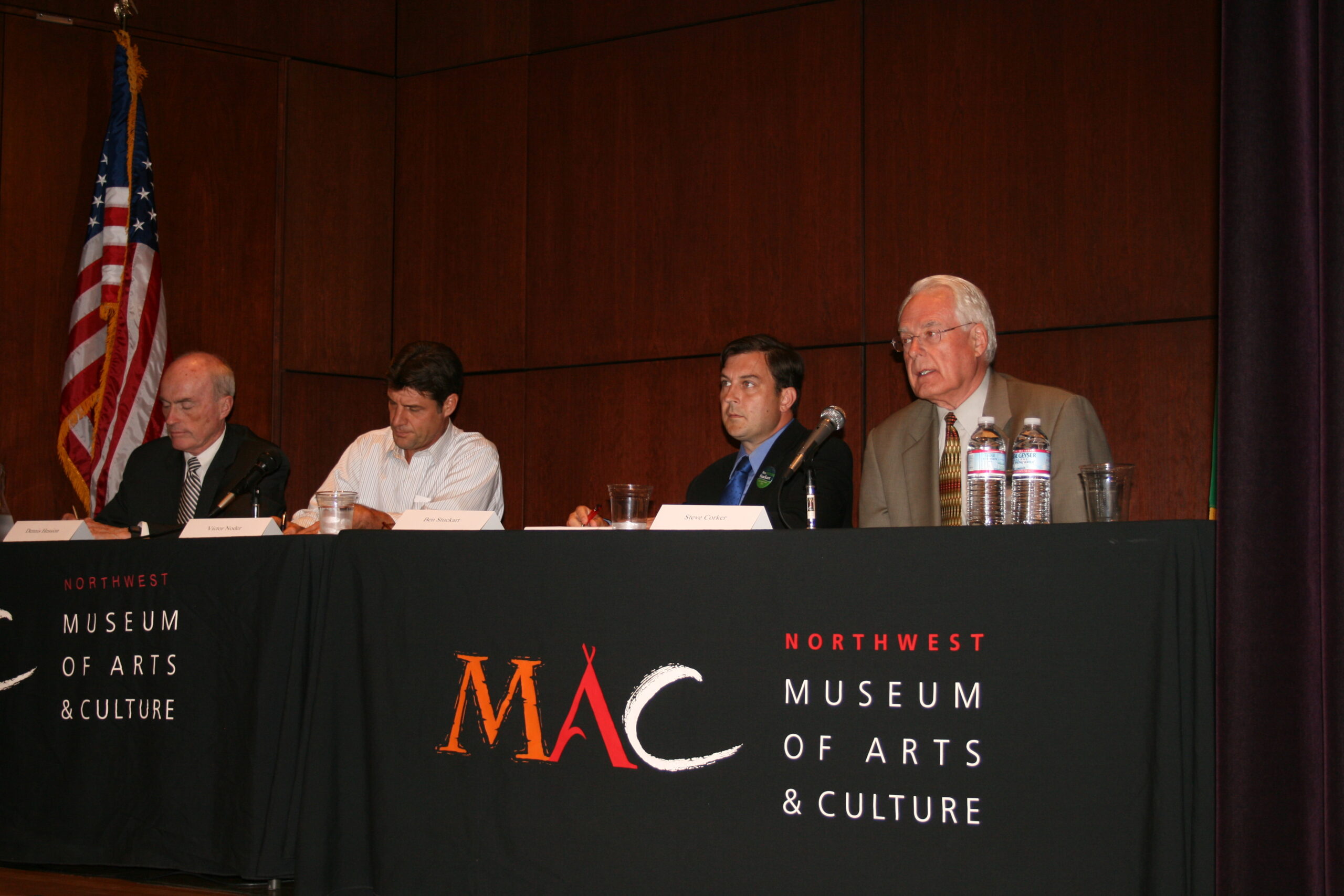 The August 16 primary is upon us (next Tuesday, to be exact), and Election Day is right around the corner. That’s why yesterday’s Spokane City Council President Candidate Forum – and future forums – are so crucial to area voters.

First things first: GSI does not endorse candidates for elected positions. We hosted this forum alongside the Downtown Spokane Partnership, hosted at the Northwest Museum of Arts & Culture, to give the public an opportunity to hear from the four candidates in order to be informed, educated and aware of the issues. We kept the forum focused on business and economic development.

The candidates – Steve Corker, Dennis Hession, Ben Stuckart and Victor Noder – all shared why they should be the next City Council President.

Corker – who is currently on the City Council – said his first priority is economic development. He noted that the city needs to develop a regional approach in order to attract good businesses and raise the area’s median income.

Stuckart – who said his prior business experience at TicketsWest and Communities in Schools will help the city – believes the city can greatly influence economic development by streamlining various city processes and investing in small business to create growth.

Noder wants the business community and, what he calls, “community community” to cooperate in order to achieve the city’s economic development goals. He also believes the city needs to define what kinds of companies to attract.

Where the candidates had varying views was the issue of roads. Stuckart said he is against a parking spot tax, but in favor of a tab tax. He believes if you drive on the road, you should pay your share to help maintain it. Stuckart also shared that he believes good roads attract businesses. Hession on the other hand, is against a tab fee.

Noder said he is in favor of traffic impact fees. Corker spoke mostly to utility tax increases, and expressed his concern that utility rates might exceed some citizens’ mortgages.

Now that the four candidates have shared their thoughts, it’s your turn to make your decision. Your ballots are due by Aug. 16.

We’ll also host a candidate forum for the Liberty Lake City Council on Oct. 11 at Family Home Care from 7:30 a.m. to 9:00 a.m. On Oct. 13, we’ll host candidates from Spokane Districts 1, 2 and 3 in one forum. Our Oct. 14 Good Morning Greater Spokane program will feature a forum with the two candidates for Mayor.