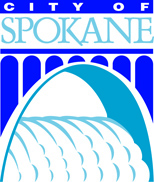 During tonight’s Spokane City Council meeting, Council will make a decision about the future of the Immigration Status initiative, which intends to reverse the October 2014 ordinance that bars police officers and other City personnel from inquiring about the immigration status of individuals unless otherwise required by law. The ordinance put into law a Spokane Police Department policy that has been in effect since 1995. Last year, a petition was submitted asking voters to repeal the ordinance in a November ballot. The petition was rejected due to a lack of valid voter signatures. However, supporters of repealing the ordinance have indicated that their efforts will continue, and it is prudent to plan for that possibility. Tonight Council will decide whether to submit the measure to a future ballot for a public vote, or to approve the initiative as-is – which means the initiative will become City law.

Greater Spokane Incorporated, in conjunction with the Spokane Public Facilities District, Visit Spokane, Spokane Hotel-Motel Association, Spokane Sports Commission, fully support the City of Spokane’s existing ordinance and Spokane Police Department policy barring law enforcement officers from inquiring into the immigration status of any person unless otherwise required by law. Although we believe in a citizen’s right to submit petitions that ask voters to change laws, an effort to rescind the Immigration Status initiative is ill-conceived, misguided and not in the community’s best interests.

Spokane is an inclusive and welcoming community that celebrates diversity. Outstanding celebrations of ethnic heritage fill our calendars each year, and hundreds of foreign students call Spokane home – many of whom have found jobs here and chosen to call Spokane home. Sizable Asian and Eastern European populations have their own churches, schools and businesses and our medical community attract talent from around the world which also adds vibrancy and diversity. Singling out individuals based solely on their immigration status is counter to our community values. A welcoming and inclusive Spokane is in everyone’s best interests and we will strive to keep it that way.

Strong lodging, tourism, business, entertainment and sports industries benefit the entire region. Hundreds of millions of dollars have been spent in recent years to improve the infrastructure that is vital to the attraction of visitors, conventions, top-rated entertainment and businesses to Spokane. Repealing this ordinance would send the unwelcome message that Spokane is intolerant and unfriendly. The Spokane Public Facilities District has just completed a major expansion to the Convention Center and improvements to the Spokane River Shoreline. The recently opened Davenport Grand Hotel is a significant addition to the local lodging industry’s portfolio. The Sports Commission brings dozens of sporting events and competitions to our area each year, drawing thousands of people and tens of millions of dollars in spending. Visit Spokane markets our community around the country, and Greater Spokane Incorporated works extensively to retain existing business while attracting new companies to Spokane. Key to our success in all of these areas is our ability to attract a diverse group of people who know they are welcome in our community.

The current public policy is solid, fair, and reinforces existing SPD policies. Spokane took a leading position on the immigration issue in 1995, when its Police Department adopted a policy stating, “The immigration status of individuals alone is not a matter for police action.” Our organizations believe that local government can be most responsive to its citizens by concentrating on policies that create a safe, healthy and positive community atmosphere. The ordinance provides police and other public officials the legal support to abide by current departmental guidelines. The ordinance should remain in place and our efforts will be directed to help ensure it does.