A second public workshop on the future of downtown Spokane is scheduled for Wednesday, February 5 at the newly renovated Wonder Building Market.

Learn about updated plans, boundaries and weigh in on design, lighting, pedestrian needs and more.

Those unable to attend may provide feedback through an online survey.

Downtown is the city and region’s center, home to the largest employment area and assets such as Riverfront Park, the financial district, major retail, historic urban core, and portions of the growing university and medical districts. With the area boasting millions in recent investments and new prospects for residents, shopping, and entertainment, the City of Spokane is working with Downtown Spokane Partnership and its consultant, Framework, in a public engagement process that will update the City’s existing Downtown plan. The effort will join the community’s vision to guide development, design, and regulatory recommendations for the future with major new efforts like the Central City Line. 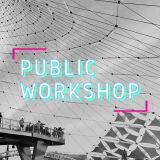