Stage Left Theater Presents: I Am My Own Wife

Category: Community Events
April 9, 2021
7:00 PM -
8:30 PM
Location: Virtual Event
Stage Left Theater Is proud to announce the second show in our "Alone Together" series!
I AM MY OWN WIFE, by Doug Wright, is based on a true story, and inspired by interviews conducted by the playwright over several years. I AM MY OWN WIFE tells the fascinating tale of Charlotte von Mahlsdorf, a real-life German transvestite who managed to survive both the Nazi onslaught and the repressive East German Communist regime.
Directed by Troy Nickerson, and introducing Maeve Griffith as Charlotte von Mahlsdorf, I AM MY OWN WIFE was the winner of the 2004 Pulitzer Prize and the 2004 Tony Award.
APRIL 9 – 18 (TICKETS GO ON SALE MARCH 12)
This is an online event and will stream directly to your device. Tickets will be available at:
https://www.showtix4u.com/event-details/47904
General Admission: $25 per device
Senior/Military/Students: $20 per device
This production was made possible by a grant from Spokane Arts Grant Awards. 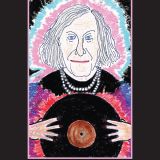