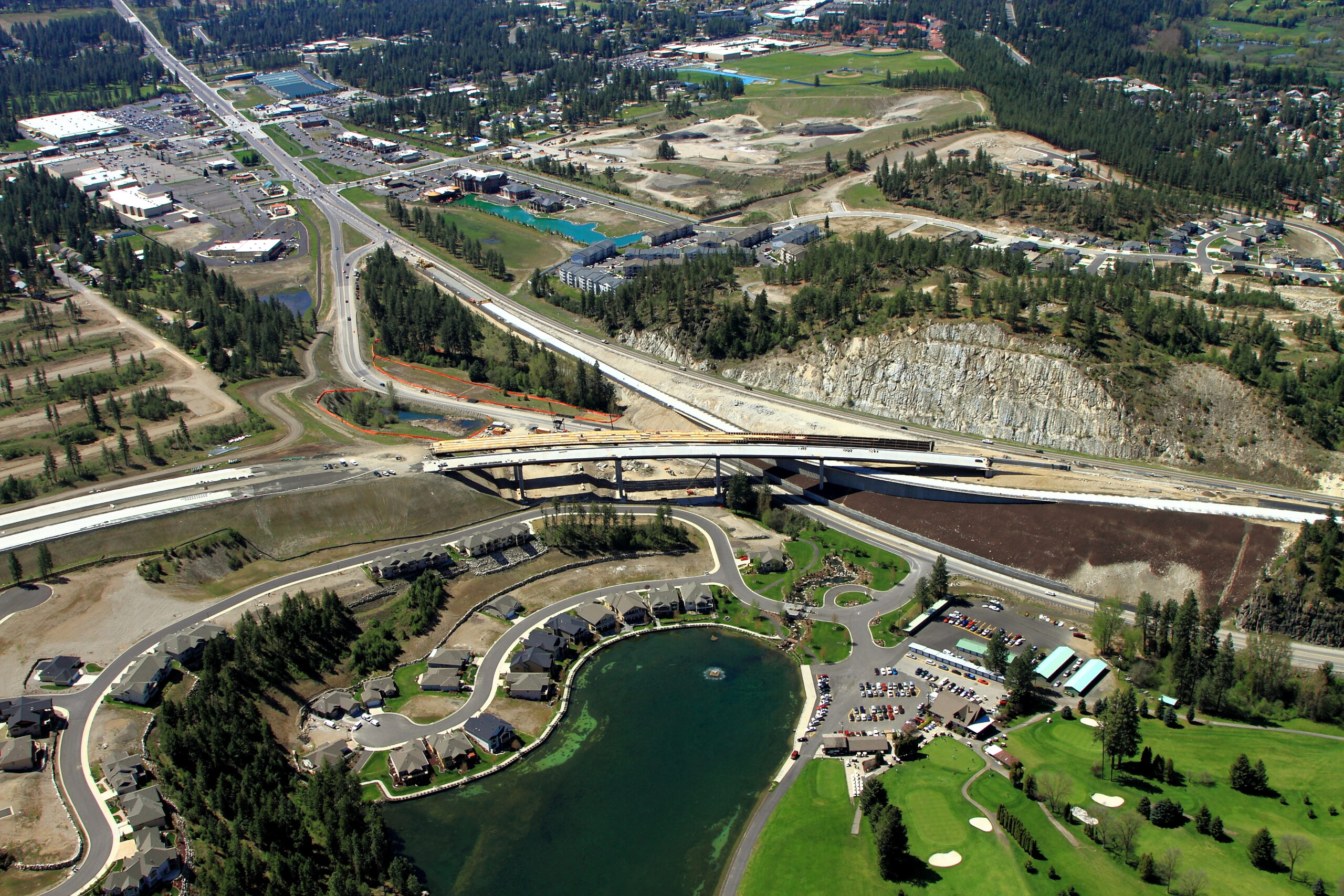 A semi-truck traveling from, say, Grand Forks, British Columbia needing to get to the Hillyard area of Spokane, will soon be able to do so without seeing a stoplight between Deer Park and Francis Avenue.

That’s because the interchange from Highway 395 and the North Spokane Corridor will open to traffic June 13, as this community reaches another milestone in this important transportation project, which is one of GSI’s top legislative priorities.

Believe it or not (and you better believe it), half of the length of the corridor will be open for traffic on June 13 (UPDATE: It’s open! KREM 2 has the story). Most of the funding for these five miles came from the “Nickel” funding package enacted by the state legislature in 2003. This is tremendous progress for a project like this.

We recall braving the cold weather back on Nov. 16 when the Highway 2/North Spokane Corridor Interchange opened, allowing drivers from Highway 2 to easily access the corridor without navigating through streetlights and traffic.

Now, access from both Highway 2 and Highway 395 will be available, making it easier for freight traffic (and all traffic, really) to travel north and south in and out of Spokane.

So now that you can drive five miles of the corridor, what’s next? Currently, southbound lanes from Farwell Road to Francis Avenue are nearing completion, thanks to the $35 million Transportation Investment Generating Economic Recovery (TIGER) Grant the federal government awarded the community in February of 2010. Those lanes are expected to open this year.

Recently, Governor Christine Gregoire included the North Spokane Corridor on the state’s list of transportation projects submitted to the federal government for TIGER IV funding. This $19 million of funding, if granted, would relocate 7.5 miles of railroad line, build freeway, pedestrian and bicycle structures, and extend 5.5 miles of existing and pedestrian and bicycle trail by more than a mile into the Hillyard neighborhood.

A decision on this funding is expected soon.

We advocated for this project during our annual trips to Olympia and Washington D.C. earlier this year, and will continue to do so until the corridor is finished.

In the meantime, if you ever find yourself on Highway 395 coming into Spokane, take a detour onto the corridor and experience the progress this community has made in the last nine years.