Spokane in Olympia Day 3: Emptying the Notebook as we Return Home 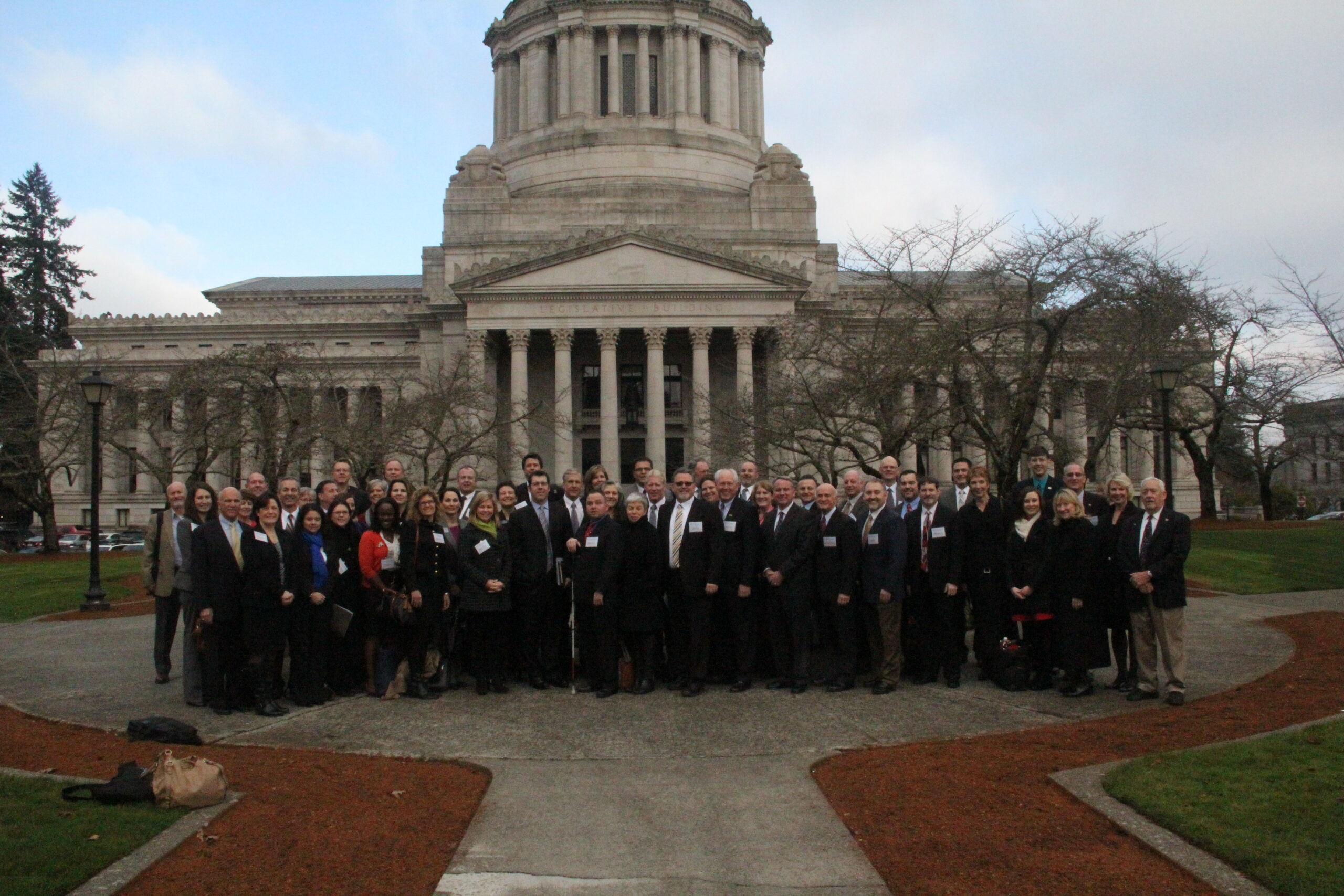 OLYMPIA, Wash. – After three days of advocating for the greater Spokane region, a delegation of 89 Spokane area business, education and community leaders finished up with a breakfast meeting with Lynn Ann Peterson, the Secretary of the Washington State Department of Transportation.

With no specific meetings left, it’s time to empty our notebook:

Common Themes
The delegation heard a number of common themes throughout the week. “Reforms” was a word tossed around by many legislators. Some want reforms within the Department of Transportation before funding a transportation package. Others want reforms to the way the state collects revenue before agreeing to a package. Some of those reforms could include closing tax loopholes for some corporations, while some legislators mentioned reforms to workers’ compensation and the state’s B&O tax as the right route to take. 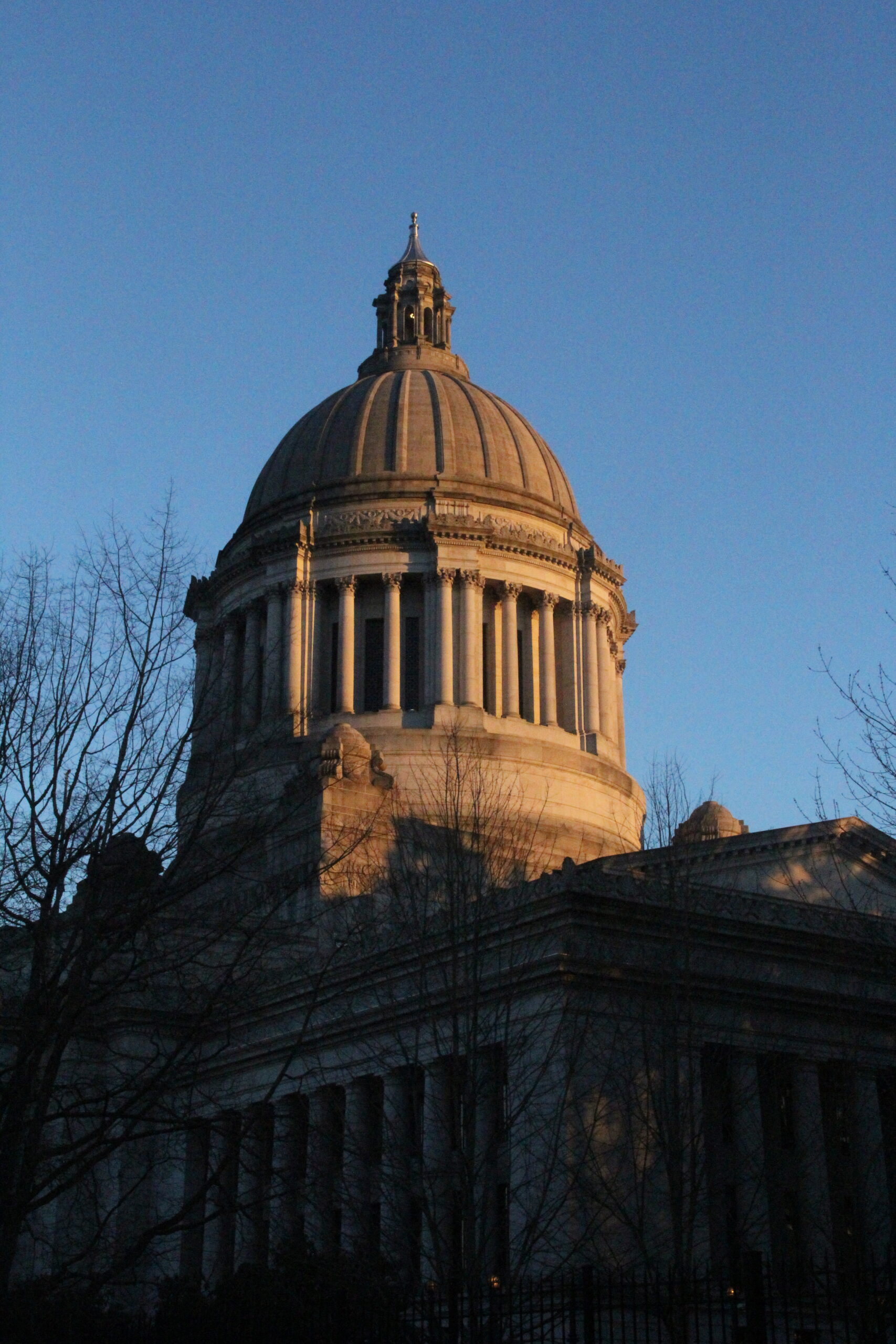 Representative Joel Kretz (R – Omak) suggested the state reform its permitting process so transportation projects – and others – can get off the ground faster.

“Without certainty in the permitting process, why would someone invest in the state of Washington?” Kretz asked, rhetorically and broadly.

Some legislators mentioned that giving tax exemptions to companies like Boeing are actually helpful, though, in keeping those high-paying jobs in the state. So the question is: what tax loopholes do you close?

“Frustration” was another theme we heard when it came to the State Supreme Court’s McCleary decision. Both Kretz and Representative Cathy Dahlquist (R – Enumclaw) voiced concern about the court “blurring the lines” between the separation of the judicial and legislative branches. Senator Andy Billig (D – Spokane) was not critical of the court’s decision.

If nothing else, it’s a fascinating look at the way our government works.

Minimum Wage
The issue that sort of came out of nowhere when Governor Jay Inslee gave his State of the State Address is whether the state should increase its minimum wage. Senator Sharon Nelson (D – Maury Island) told the delegation her caucus hasn’t taken an official position yet, but added she wouldn’t be surprised if the House proposes something pertaining to minimum wage.

“Raising the minimum wage is not the way to be a job creator,” he said.

The Spokane delegation will keep an eye on this issue as it moves along.

“You bring the biggest group to Olympia.”
AWB President and CEO Kris Johnson opened his remarks on Wednesday with those words. The delegation heard other iterations of the same statement throughout the trip.

Time and time again, legislators told the delegation that it is the most impressive group that comes to Olympia. Having a regional, unified and focused agenda allows our region to thrive and businesses to understand that what happens in Olympia greatly impacts their business. Our delegation featured a very diverse group of industries all part of one collective group, advocating for the region. It made for a pretty picture you see above, and it makes for a pretty business and economic development environment at home.

K-12 Education Largely Represented
Of the 89 people part of the delegation, 18 were from the K-12 education sector, plus Tom Johnson of STCU, the co-chair of GSI’s K-12 Education Roundtable, and Bruce Williams of GeoEngineers, the former chair. Representatives of the K-12 sector – from districts large and small – took time out from the trip to attend various hearings on K-12 issues. One legislative assistant mentioned everyone knew Spokane was in town when the hearings began because of the large Eastern Washington audience.

What’s Next?
The short supplemental session is in its early stages, so the outcomes won’t be known until sometime in March. Legislators we met with are already tired of special sessions (last year’s session lasted about six months, all told), so it seems unlikely they’ll stay past mid-March, but as always, anything is possible.

The tail end of the session is usually when many outcomes are realized. The legislature has some ground to make on a transportation package, and K-12 education funding will also need to be resolved. The issue of minimum wage will be debated both in the state and at the federal level, and bills pertaining to port districts and revenue collections will also be discussed.

Until the end of the session, Greater Spokane Incorporated will be present in Olympia, continually advocating for our region.