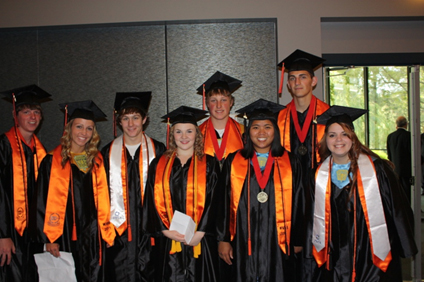 What does the health of a community depend on? A lot of things, obviously, but one thing in particular is how educated its kids are.

Kids dropping out of school and living without a high school diploma don’t create a healthy society. A group in Spokane is aiming to catch at-risk kids before they drop out.

Priority Spokane is an affiliate of Greater Spokane Incorporated and works to create a vibrant community through its work in a number of areas, including education. Recently, Priority Spokane received a $200,000 grant from the Robert Wood Johnson Foundation. The money will be used to set up a program for middle school students in Spokane Public Schools to catch at-risk kids who have a pattern of truancy.

Spokane County has a video highlighting the efforts the West Valley School District has taken to address truancy issues. The CAST in Spokane Public Schools will be similar.

Think of your own education. It helped you get a job and bring in an income. Education is linked to income, which is linked to health. Adults in Spokane County who didn’t graduate from high school are two and a half times more likely to have heart disease, for example.

The Support Team isn’t to act as a jury or judge – it is to be problem solvers with the best interests of the student in mind. The CAST will find out from the student and parent(s) what is causing their attendance issues. Once that is known, the CAST can then work with the student to help solve those problems. There is no formula. Just problem solving.