The Power of Aerospace 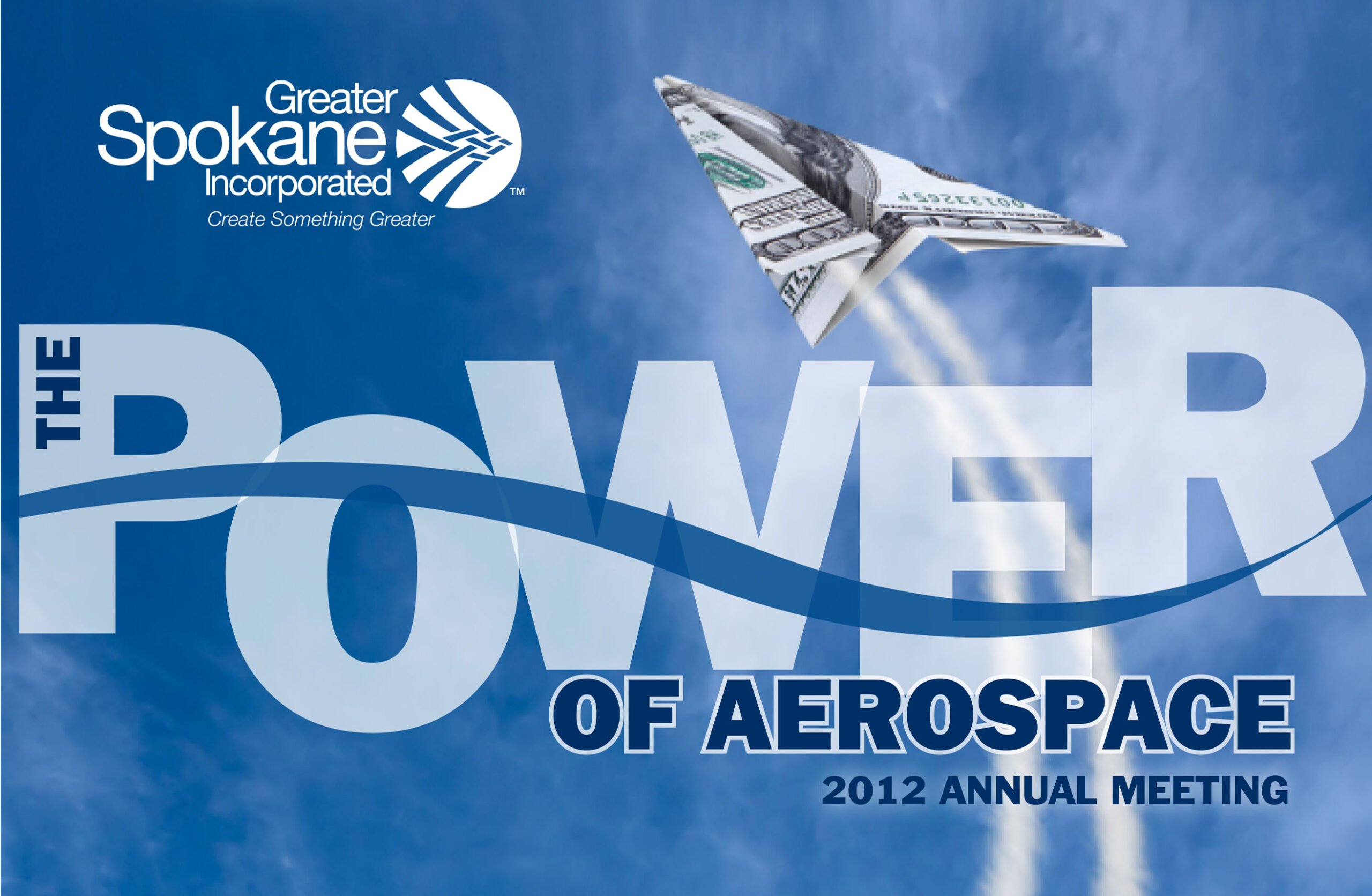 Most of the more than 1,000 attendees at this year’s Annual Meeting left with new knowledge of how the aerospace industry impacts our region.

We’ve written about it before, but let’s rehash: There are more than 80 direct and indirect suppliers to the industry in the region. Those companies employ more than 8,000 (!) people. A number of them supply to Boeing, which – if you haven’t heard – is building the new 737MAX in its Renton plant.

So where does Spokane figure into the mix?

The demand for the 737MAX is expected to be high, and could exceed the capacity of the Renton plant. That means Boeing might need another location to build its airplanes. Thanks to the Certified Sites Program, Spokane has sites ready if Boeing or a supplier decides to expand east.

But let’s not get ahead of ourselves.

Let’s remind ourselves that in order to land an aerospace company or supplier, we must produce a workforce ready to meet the industry’s needs. Albaugh told the crowd at the Annual Meeting that the late Neil Armstrong had a great influence on kids back when we walked on the moon. Kids looked up to Armstrong and fell in love with aerospace. Albaugh said about 20 percent of Boeing’s engineers are approaching retirement age and we need the industry to inspire kids to explore engineering careers to sustain itself.

Part of the solution comes in the form of Spokane Valley Tech (broke ground last month) and the Riverpoint Academy (celebrated its grand opening this week). Both schools offer problem-solving curriculum with a STEM (science, technology, engineering and math) focus. Problem-solving skills are essential for future manufacturing and engineering jobs like the ones the aerospace industry offers.

At the post-secondary education level, the Inland Northwest Aerospace Technology Center at Spokane Community College is a training center that aims to fill the workforce gap in the aerospace industry. Currently, 150 students are enrolled. The Center is close to industry reps so it knows exactly what to include in the curriculum so students can be career-ready.

The Inland Northwest Aerospace Consortium (INWAC) brings companies in the industry together in an effort to position aerospace as one of the region’s premier industries.

The highlight, locally, at the Summit was when area companies Altek, Inc. and Triumph Composite Systems were named the Aerospace Companies of the Year. Both are suppliers to the aerospace industry. This is a statewide award, and it’s nice that two local companies came away with the prize. Governor Gregoire presented the award.

In her keynote address at the Summit, Gregoire highlighted the growth of aerospace in our state. In 2005, Gregoire said, the state had about 500 aerospace suppliers. Now, that number is around 740, proof of a growing industry that expects to grow more as Boeing receives more airplane orders.

So in a week filled with aerospace, it’s nice to know Spokane is positioned for growth, creating greater opportunities for the future.