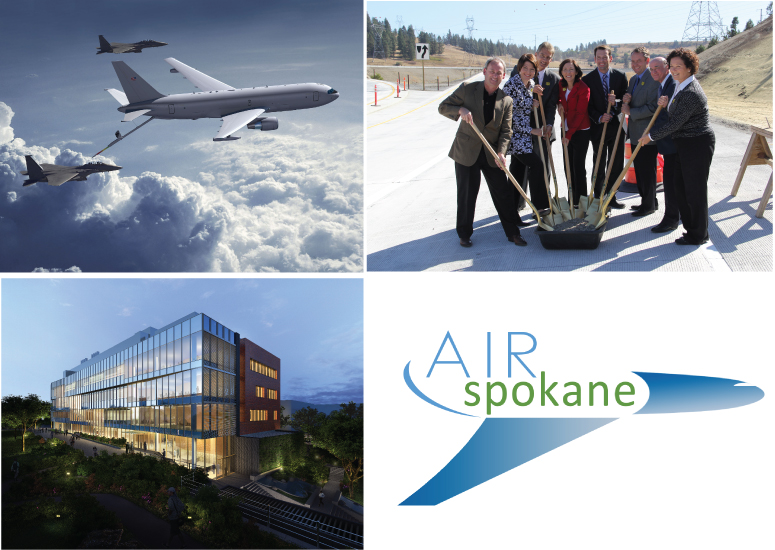 October 1 marked the beginning of our fiscal year. That means we have a new Board of Trustees and a full year ahead of us.

In addition to the work we already do on behalf of the business community, our Board of Trustees has identified five key projects at a high level that it will focus on for the region this year:

Let’s look at these one by one:

Fairchild Air Force Base and New Tankers
As our region’s largest employer, Fairchild Air Force Base and its 5,700+ employees impact the region immensely. Advocating for its protection is the top priority of our community. With an expected round of base closures and defense cuts in the next few years, we must do all we can to preserve those jobs. Encroachment is the biggest threat of all military bases. To continue Fairchild’s mission, the community must protect the base from any threats – encroachment and others – that might arise. Adopting the Joint Land Use Study (JLUS) – as the City of Spokane and Spokane County have done – would go a long way in protecting the base.

Academic Health Science Center
Have you driven past the Riverpoint Campus lately? When you do, take a glance at the huge Biomedical and Health Sciences Building that is currently under construction. That’s progress! The building will be finished and opened for students in the fall of 2013, which is also when the second year of medical studies begins at WSU Spokane. This is a huge accomplishment, as now students can study medicine for four years in Spokane. Previously, years one, three and four were offered. Students were required to study in Seattle for year two.

In the next year, funds for the second year curriculum will be raised and a business plan for growing graduate medical education (residency slots) and health science research and economic development will be completed.

Soon, doctors will be able to say, “I studied medicine in Spokane, Washington.”

Aerospace Initiative for Recruitment (AIR) Spokane
We’ve said it before, but it bears repeating: There are more than 80 aerospace-related companies in the region employing more than 8,000 people. It’s safe to say the aerospace industry is important around here.

Mix the aerospace industry with our Certified Sites Program, and you’ve got a recipe for aerospace growth. Should an aerospace company or supplier look to expand, we’d like Spokane County to be positively positioned and ready.

North Spokane Corridor
We helped celebrate the opening of the Parksmith Interchange on the North Spokane Corridor this week. Currently, more than five miles of the ten-mile planned corridor are complete. This is incredible progress on a project that is about 70 years in the making.

This year, we’ll continue to advocate for further funding to take the corridor to Interstate 90. We’ll support Keep Spokane Moving and finish what we’ve started.

The corridor will help reduce freight traffic and personal travel times, and save money. It will also allow for economic development along the corridor.

Port District Exploration
We’re continuing our study of whether a Port District should be implemented in Spokane County. Let’s review….

This year we’ll lead the research, dialogue and public awareness around the possibility of implementing a Spokane County Port District to support regional economic development initiatives.

Those are the major projects our Board of Trustees identified as top priorities. We’ll continue to advance various workforce development initiatives (like STEM education, among others), push for business-friendly policies so our area’s small businesses can thrive, help companies secure government contracts, expand the awareness of the value of the agribusiness industry in the region, and much more.