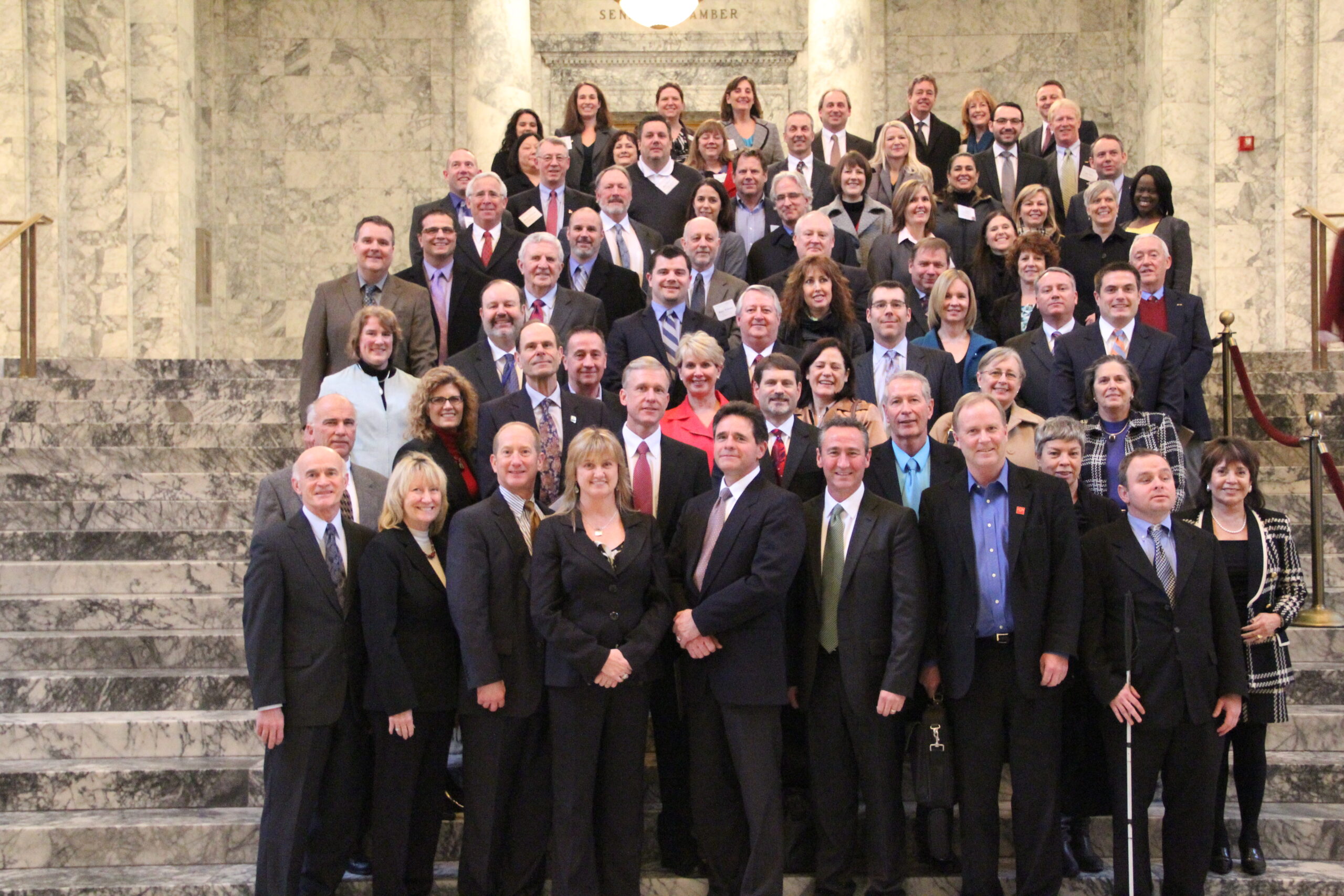 OLYMPIA, Wash. – Today ends the annual advocacy trip area business, educational and community leaders from Spokane take to Olympia each year. The 87-person delegation met with lawmakers and Governor Jay Inslee from across the state, talking about issues important to the Spokane region.

The group heads home today after a breakfast meeting with Associate Justice Debra Stephens of Spokane Valley. Justice Stephens was appointed to the State Supreme Court in 2008 by Governor Gregoire.

Time to empty the notebook:

– Of the 87 delegates, 17 were from the K-12 education sector, the most represented sector on the trip. With the State Supreme Court’s ruling last year saying the state isn’t funding K-12 education enough – thus violating the State Constitution – K-12 education leaders made sure their voices were heard.

– The top two issues this session – as far as the Spokane area is concerned – seems to be how the state will fund K-12 education and a number of transportation projects. In order to fund those transportation projects, there needs to be some sort of revenue package. While no lawmakers indicated that they are opposed to a revenue package for transportation, there were some differences in how that revenue was to be collected. A gas tax is one option that has been floated. Another option is to collect an incremental increase in the gas tax through the next few years while reforming business regulations to save money. With the session concluding just its second week, it remains to be seen what solution will come forth.

– Back to the topic of K-12 education: Representative Richard DeBolt (R – Chehalis) told the Spokane delegation that he favors a separate K-12 education budget to be funded prior to any other budget (like the capital budget, for example). That’s an idea that has been proposed before, mostly after the aforementioned Supreme Court decision last year. DeBolt said he and others have been an advocate for a separate K-12 budget for a number of years, but only after the Court’s decision did it get a hearing.

– Senator Mark Schoesler (R – Ritzville) said he has four numbers in mind: 0, 4, 21 and 105. Those numbers represent his goal that the state have zero deficits, four years of balanced budgets, a 21st-century education system and adjourn in 105 days.

– The Guaranteed Education Tuition (GET) system that is managed by the state is rumored to be in jeopardy due to the state’s $900 million budget shortfall. Senator Andy Billig (D – Spokane) told the Spokane delegation that GET is not the problem, rather, rising tuition at our public universities is.

– Governor Jay Inslee hosted the delegation at his residence Thursday evening and it just so happened to be “National Gonzaga Day.” Mayor David Condon presented Governor Inslee with some Gonzaga gear earlier in the day, and Inslee showed it off to the delight of his house guests: 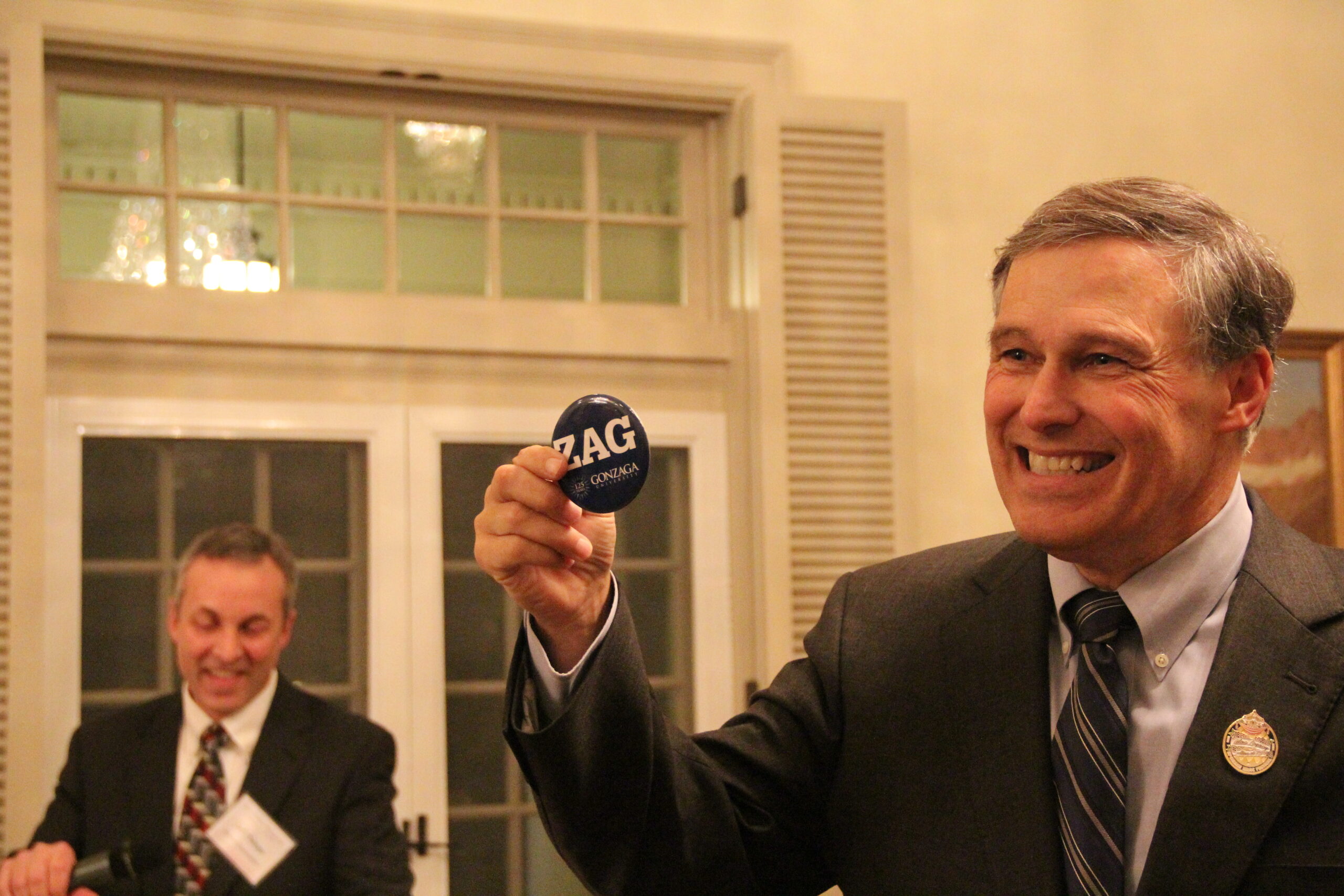