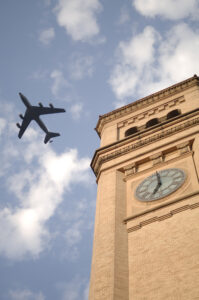 With Flag Day just passed and the Fourth of July upon us, we thought it was a nice time to highlight our role in supporting Fairchild Air Force Base.

Really, Fairchild supports us, the larger community. It’s the largest employer in our region, and the reason many of our residents live and work here. Lots of people who served at Fairchild remained in Spokane after retirement or after being discharged.

The 92nd Air Refueling Wing at Fairchild, part of the nation’s Air Mobility Command, has a $466,017,278 economic impact on our region. If this base wasn’t here, our region wouldn’t be what it is today.

Let’s take a look at the ways our community shows its gratitude and support for Fairchild.
A top GSI priority is to help advocate for the new KC-46A tankers to be based at Fairchild when they are completed, hopefully in about five years. It was not only good news that Boeing received the contract to build the tankers in its Everett, Wash. facility, but that Fairchild is right in our backyard and is home to tankers that are so vital for our country.

Rich Hadley, our President and CEO, traveled to Scott Air Force Base last week with Representative Cathy McMorris Rodgers and other community leaders to show Spokane’s support for Fairchild in hopes of acquiring the new tankers someday. Scott Air Force Base in Illinois, but just outside of St. Louis, is the Air Mobility Command and oversees Fairchild’s 92nd Air Refueling Wing, among others.

What differentiates Spokane and Fairchild from other communities is our representation across different civic leadership groups.

It is believed Spokane is the only community with three representatives on those groups at the same time. Spokane and Fairchild are both very well represented at the highest levels of the Air Force.

Forward Fairchild is a committee of Greater Spokane Incorporated that advocates and protects Fairchild Air Force Base. The committee, alongside a delegation from Spokane, helped advocate for improvements to the runway – which is being constructed right now – and for funds for other Military Construction (MILCON) projects, such as a new headquarters building and a Phase II building for the survival school. 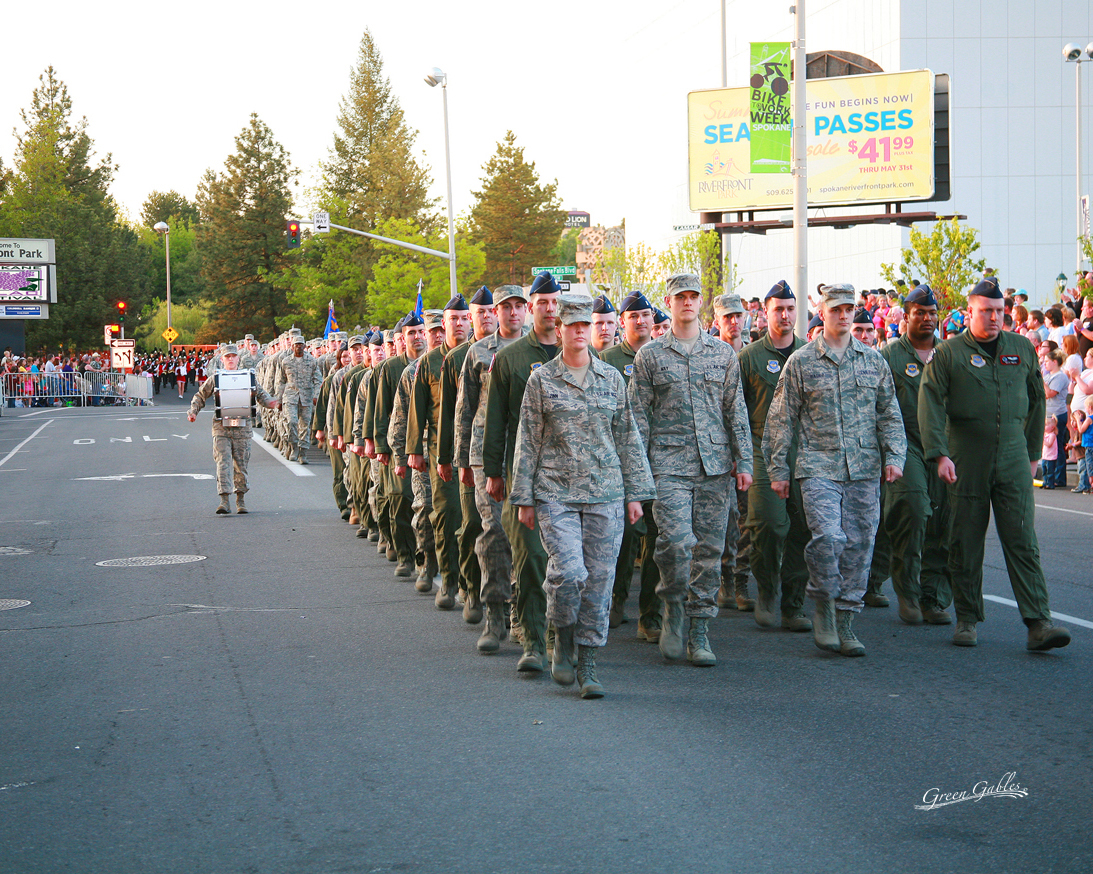 The greater Spokane community turns out each year in May to celebrate Fairchild and our local military at the annual Armed Forces Torchlight Parade. GSI also hosts the Armed Forces Persons of the Year Awards each year, which is a way of highlighting our community’s heroes.

It’s safe to say Spokane and Fairchild support one another to the greatest lengths.