The North Spokane Corridor: Moving Ahead 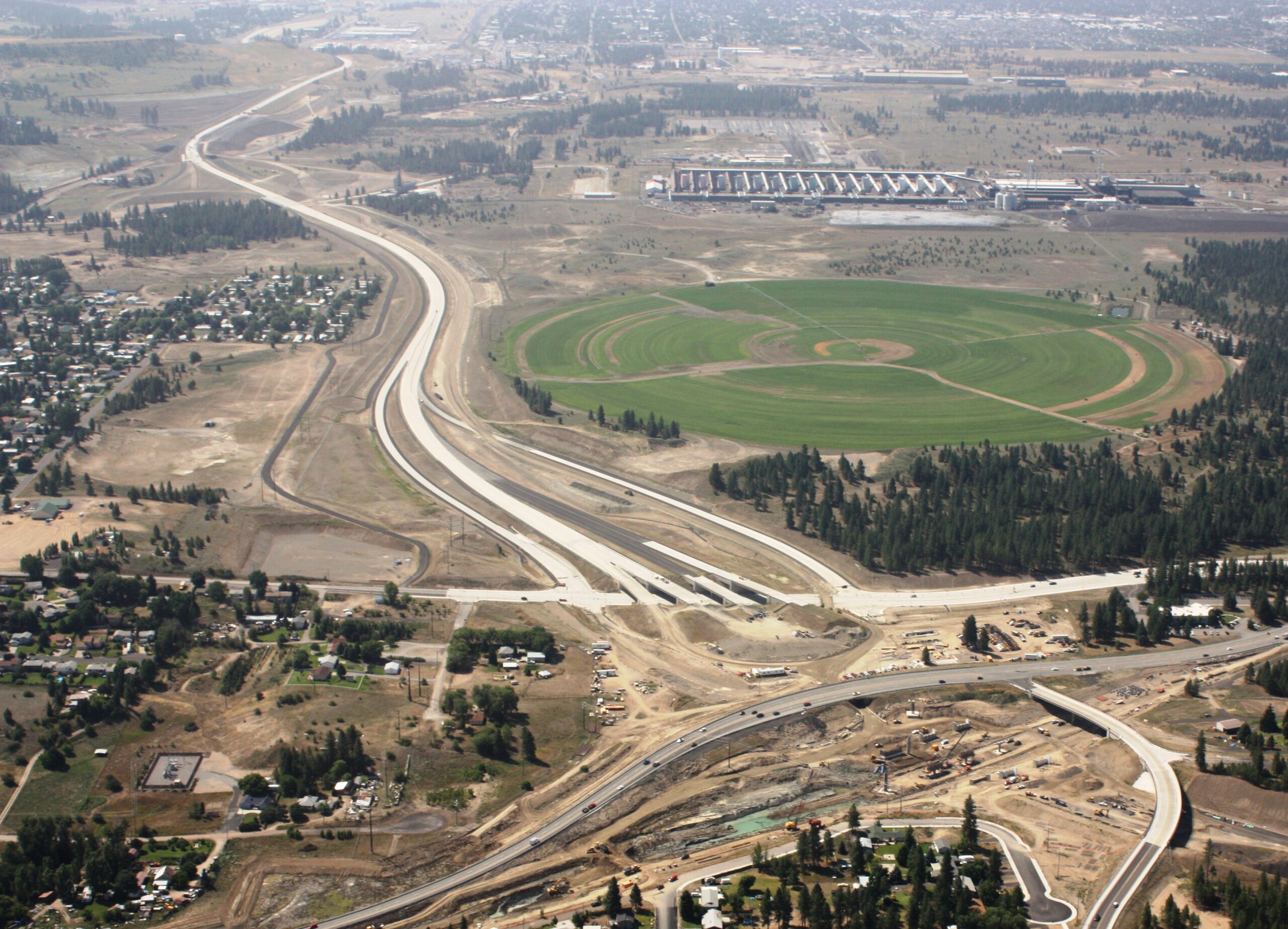 The above photo shows the north end of the North Spokane Corridor looking south, where it meets Farwell road. A thought born decades ago is now coming to fruition.

That’s right, the North Spokane Corridor (or North-South Freeway) is progressing well. The state has invested $559 million over the last decade to the project. Now, thanks to a recent $35 million Transportation Investments Generating Economic Recovery (TIGER) grant at the federal level, southbound lanes from Farwell Road to Francis Avenue will be completed by 2012, making the corridor a full, drivable freeway from the Wandermere Bridge to Francis Ave. That’s progress.

“In future years, we hope to secure another $300 million in funding to advance the project to the Spokane River, and, ultimately, Interstate 90,” says Rich Hadley, President and CEO of Greater Spokane Incorporated.

So what benefit does an additional freeway have in Spokane? Well, the answers are plenty. Here are a few:

Maneuvering up and down Division Street while dodging trucks won’t be an issue anymore – for anyone. The North Spokane Corridor gives freight mobility an easier, faster route for truck loads traveling north to south, or south to north. Getting to Interstate 90 will now be much easier, and much safer.

Constructing the corridor creates jobs, which pay money, which circulates throughout the community. The workers pay for housing, utilities, food, vehicles, household furnishings, apparel, medical services, and so on. Many of those purchases are taxed, which helps our city budget. The corridor will also open the opportunity for businesses to open up along the route, thus helping grow the East Spokane and Hillyard District.

There is already a partially completed pedestrian bike path along much of the completed portion of the North Spokane Corridor. The rest of the path will span the entire corridor from the Hwy 395 Interchange to Interstate 90. This, of course, continues our reputation as living in a bike friendly state. This mode of transportation is good for your health, good for our air and good for just about everyone.

There are also plans for a future light rail to run between the north and south portions of the freeway. How great would that be?

So what are the next steps? GSI is bringing a delegation to Olympia January 26-28 to advocate on behalf of more funding for the North Spokane Corridor, among other items. So far, more than 90 percent of the funding for this giant project has come from the state.

Securing more funding to complete the North Spokane corridor is vital to ensuring the economic vitality of our area.

Washington State Department of Transportation produced this video in 2008 showing and aerial view of the North Spokane Corridor from Francis Avenue to Farwell road: