What’s Going to Happen in Olympia? 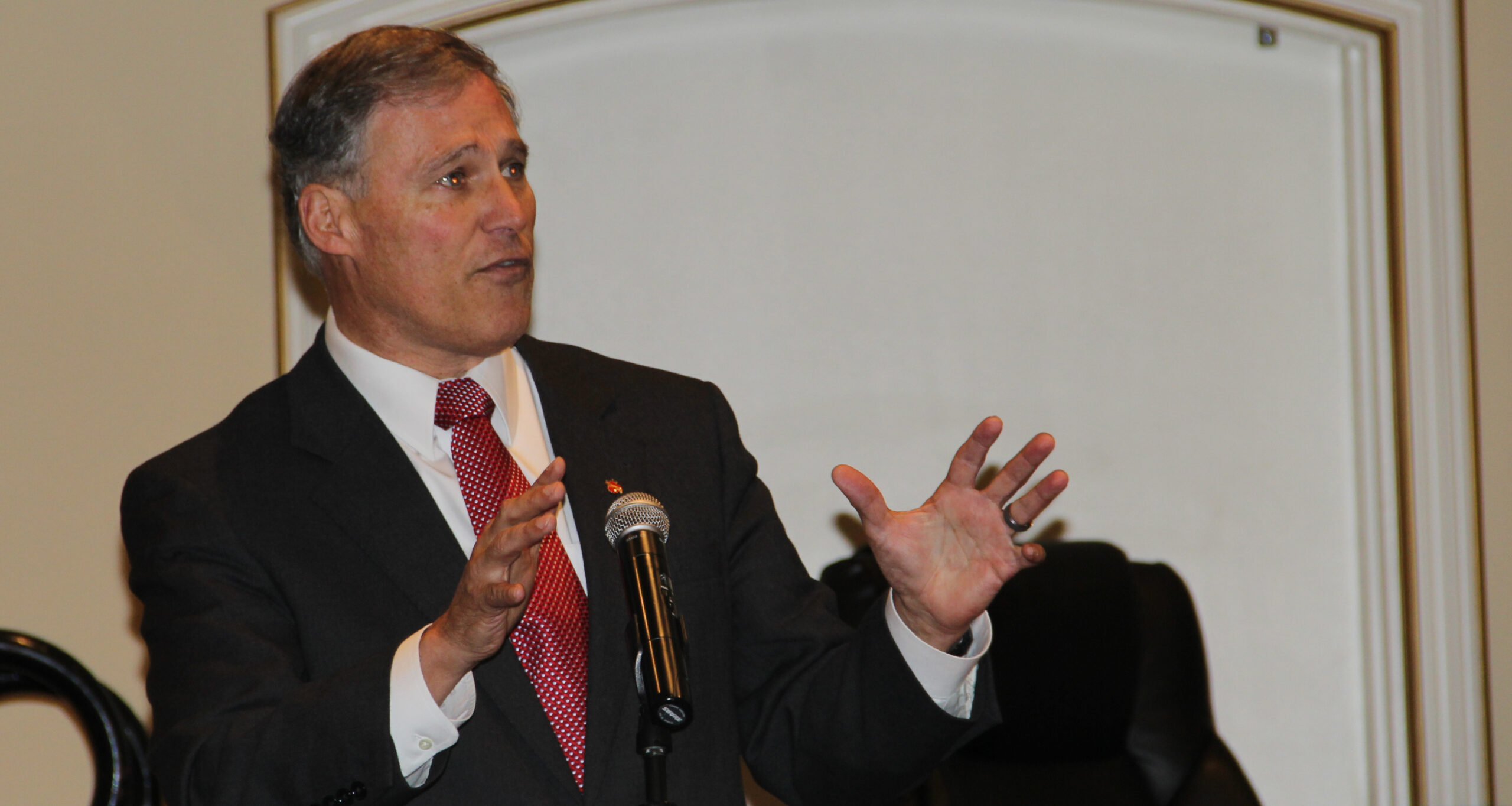 Washington will have a new governor and some new members of its legislature when state lawmakers begin their legislative session in Olympia in January. We hosted our annual Legislative Forum & Reception on Wednesday to give the business community a chance to gain some insight into what might happen in the upcoming legislative session. Governor-elect Jay Inslee spoke toward the end of the forum.

Rep. Springer said he believes the state won’t be able to fully fund K-12 education without more revenue. Whether new taxes are levied may be up for debate in January.

(note: The state Supreme Court’s decision didn’t illustrate what “fully funded” is; the court just said the legislature wasn’t fulfilling its obligation to adequately fund K-12 education. The ruling put pressure, though, on the state to fund K-12 education.)

The topic of revenue was the basis for the next question, where the panelists were simply asked, how can the state raise more revenue?

Rep. Wilcox said he believes some tax exemptions could be eliminated to raise revenue, while also saying the state could do more to solve tax fraud, which would recover lost revenue. Rep. Springer said all options should initially be on the table for revenue growth, but noted he understands that many of those options will soon come off the table as the legislative session moves along. It’s all in an effort to work toward a solution.

The panelists agreed that growing state revenues is going to be a difficult task.

Funding transportation projects – and by the way, the North Spokane Corridor is our top transportation priority heading into the legislative session – will be another difficult task. In the past, gas taxes have provided some funding for these projects, but – as Rep. Ormsby noted – gas tax revenues are declining due to more efficient vehicles, less fuel being used, etc. A positive, though, is that transportation packages tend to be very bipartisan, according to Rep. Springer.

Governor-elect Jay Inslee spoke near the end of the forum, after being introduced by Washington State University President Dr. Elson Floyd, who is co-chairing Inslee’s transition team. Inslee said that innovation is what this state is known for and what it needs. He highlighted Eastern Washington’s clean technology sector, while expressing excitement over what is happening with biomedical education and research at the Riverpoint Campus.

Inslee also said – to our delight, of course – that no other organization in the state has the focus and influence on the state legislature than Greater Spokane Incorporated, and that legislators from the west side of Washington say they wish their communities were as focused and influential as we are.

We’re proud to be thought of as a focused and influential organization. Our role is to work on behalf of the business community in the greater Spokane region. Our successes in the past are because of a regional, strong and unified voice and vision.

We’re also proud to live in a region that has elected officials that are willing to serve the people of this great state. They’ll have some tough decisions to work through once January rolls around, and we’ll be keeping an eye on things to see how the decisions in Olympia impact the Spokane region.

Want to join us as we advocate for the region on Olympia Jan. 23-25? GSI members at the Business Investment Level and above are eligible to attend. Register here.