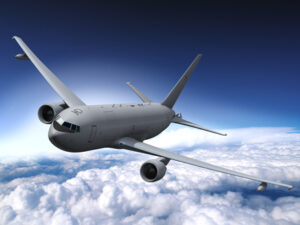 I want to provide you with an update on what I am hearing regarding the decision to locate the last round of KC-46A tankers (until additional production or a new replacement is authorized) and ask once again for your appearance at an important meeting this evening.

The Air Force held a Congressional Briefing today at 1 p.m. EST and announced the preferred bases for MOB 4, the siting process for the KC-46A tanker. While Fairchild was an alternative in the first allocation decision, and has long been assumed to be the heir apparent, the selection criteria in this round of siting is different. In the first round, the Air Force limited its criteria to bases that could accommodate 36 aircraft. In this round, the criteria includes bases that can accommodate 24 or more aircraft, making this round much more competitive.

We are receiving news reports that at the briefing, the Air Force announced it intends to site 24 KC-46A tankers at Travis Air Force Base outside of Sacramento, Calif., and another 24 aircraft at Joint Base McGuire-Dix-Lakehurst in New Jersey. This is a preliminary decision, and the Air Force will now take the next 12 months to review data and affirm its decision.

While Fairchild wasn’t selected to receive the new tankers, this provides an opportunity for Fairchild as KC-135 tankers are re-assigned. Of the approximate fleet of 480 tankers, only 179 are the newer KC-46A aircraft. Fairchild is well-positioned to receive more KC-135s, increasing its fleet from 35 aircraft to 60, to become the largest tanker base in the western United States. This could mean the base would see an additional 500-1,000 airmen plus their spouses/dependents. Fairchild could also see increased construction spending to accommodate the additional staff and aircraft.

The timing on this decision is extremely awkward, considering there is an EIS scoping meeting tonight to determine the viability of Fairchild in the MOB 4 siting process.

I want to emphasize the importance of stopping by the Air Force EIS Scoping Open House this evening, at the Lincoln Center from 5-8 p.m., especially in light of the decision this morning. The contending bases will have to demonstrate the data supports their selection by the Air Force, including any potential environmental challenges they would need to overcome. Information gathered tonight will also be used to consider future new or expanded missions. The format for tonight is an open house style, which allows people to drop by anytime during the time block. We are asking people to focus their comments on three specific points: the Spokane community supports Fairchild, Fairchild has surplus capacity and can accommodate additional aircraft and missions, and that we want to see Fairchild as the largest tanker base in the western United States.

Here are a couple of thoughts to remind everyone why this is important. Fairchild is the largest single-site employer in all of Eastern Washington, employing 6,000 active and civilian employees with another 4,000 spouses/dependents. There are an additional 18,000 retirees within a 75-mile radius of the base. It has a regional economic impact of $1.4 billion each year, feeding into the revenues and success of businesses throughout our region.